By Jessica Gillespie on November 6, 2018 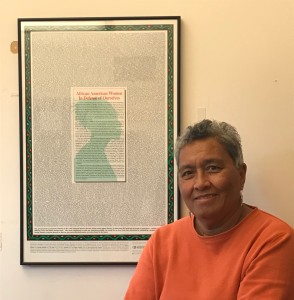 On Oct. 10, a mere four days after the confirmation of Brett Kavanaugh to the Supreme Court, a group of Mills students and faculty members joined together in the Vera Long lobby for a community pop-up conversation, hosted by the Women, Gender and Sexuality Studies (WGSS) department, to share and reflect on the Senate Judiciary Committee’s hearing of Justice Kavanaugh and the testimony of Dr. Christine Blasey Ford.

On Sept. 27, Ford recounted her story about an alleged high school sexual assault by Kavanaugh before the Senate Judiciary Committee. Soft-spoken, her responses to questions and memories of the night in question reverberated across the nation, prompting a host of feelings and responses.

One out of every six women in the United States has survived either attempted rape (2.8 percent) or completed rape (14.8 percent) in their lifetime, according to the Rape, Abuse, & Incest National Network (RAINN). The network also found that 55 percent of sexual assaults occur at or near their home.

“My immediate reaction was ‘here we go again,’ because I was glued to the television twenty-seven years ago when Professor Anita Hill was in the same situation when Clarence Thomas was being confirmed,” said Margo Okazawa-Rey, Barbara Lee Distinguished Chair in Women’s Leadership and Professor of WGSS and Public Policy. “I hope that things will be different. That was kind of a little bit of small hope, but considering the composition of that committee and everything, I didn’t have much hope.”

In striking parallel to Ford, Hill had testified in 1991 that Thomas sexually harassed her when he was her supervisor at the Department of Education and the Equal Employment Opportunity Commission.  The Senate confirmed Thomas to the Supreme Court by a 52–48 vote.

“I remember feeling helpless, like—what can I do? I don’t know if I can do anything,” said Madi Williams, a Mills student who attended the talk. “This is reflective of our society. We live in a society where men are able to abuse without repercussions and women are mistrusted. It was triggering to say the least, I think for me.”

Since 1998, an estimated 20.5 million Americans have experienced a sexual assault, 86.4 percent are women and 13.6 percent are men, reports RAINN.  One out of every 10 survivors of rape are male. These statistics include the transgender, genderqueer and those nonconforming (TGQN) population. Transgender students face a higher risk for sexual violence. For example, 21 percent of TGQN college students reported being sexually assaulted, compared to 18 percent of cisgender females and four percent of cisgender males.

Priya Kandaswamy, associate professor of WGSS, noticed the charged atmosphere generated by Ford’s testimony among her students and colleagues. Since so many people appeared to be affected by this, particularly survivors, she gathered the department to create a safe space where the Mills community could freely discuss, not just Kavanaugh’s hearing, but also sexual violence and societal failures in believing survivors. Okazawa-Rey facilitated the conversation.

Over the course of 90 minutes, the Vera Long lobby experienced a steady stream of students and teachers coming in to participate. The dialogue flowed through three parts: the emotional reactions, the analysis, and then conceptualizing a violence free community.

“What was amazing about the conversation was that people were able to speak freely about their experiences,” said Okazawa-Rey. “Then we sort of reminded people of the history of this kind of thing and…we talked about the big institutional factors and the personal stuff and then what people could do about it.”

Throughout the conversation, attendees expressed a broad range of emotions. Feelings of powerlessness and being dispirited turned, at times, into anger. Okazawa-Rey opined that anger can be quite a useful emotion to help instigate change.

“Refuse to give up hope,” Mills student Priya Rizal said. “Hope is power that leads to resistance that keeps things alive.”

Participant responses revealed complex and thoughtful opinions on much more than gender, such as the implications that race and class have on sexual assault. Students and faculty examined how differing values and being supported throughout our communities influence when victims are shamed or embraced.

“I think that we need to recognize that what we’re trying to create is a trusting space,” said Okazawa-Rey. “So that as we’re going through being together at Mills, we’re not saying it’s a flawless place…[but] as a community we have a commitment to being together, to recognizing each other and intervening when things happen.”

If you or someone you know has experienced the trauma of sexual violence, Mills College encourages the prompt reporting of any such offense and provides online Help & Resources. In addition, read our web story How to Report Sexual Harassment, Assault, and Misconduct to learn more about how reporting sexual assault at Mills works. Public Safety is on campus 24/7 and can be reached at (510) 430-5555.

The WGSS program has plans to host more community pop-up events as the need arises. Students and faculty can submit their suggestions for pop-up topics to Okazawa-Rey at mokazawa@mills.edu.

“I love hearing what my teachers have to say, outside of what we’re learning about in class. I love hearing about what students have to say. I feel like there is so much I can learn from my classmates,” said Williams. “These facilitated discussions really allow that.”