The forgotten community at Mills: Trans men at a historically women’s college 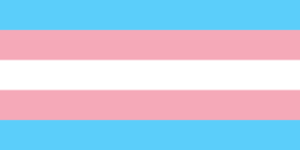 Many associate the name Mills with the identity of a women’s college, so it may come as a surprise to learn that there are male undergraduate students here on campus. Transgender men like Leo Cuevas, Ezra Morales and Thom Gilbert live in the sometimes-unexpected role of men who attend a historically women’s college.

Cuevas and Gilbert both came into their identity while attending Mills, while Morales—who uses he/him or they/them pronouns—applied here already out and identifying as transgender and gender non-conforming. Gilbert used they/them pronouns when he arrived at Mills and Cuevas used she/her and they/them pronouns, but both only use he/him now.

“Growing up, I knew that something was different. I just never really acknowledged it or dared to ask or embrace it, mostly from coming from a Latinx community where being trans or just in general being queer or identifying with the LGBTQ+ community isn’t talked about, just because of homophobia and stigma surrounding that,” Cuevas said.

For Morales, they began to realize they were not cisgender midway through high school, where they attended an all-girls private school in Texas. When they came out to their friends, some were confused and wondered if Morales would stay at the school when they no longer identified as female, but they did.

“The opportunities here are amazing, all my friends are here, and I definitely felt much more safe staying at my high school than going to a whole new place,” Morales said.

A feeling of safety as a trans person was one of the main reasons why Morales chose to attend Mills.

“When I looked at other women’s colleges, their policies—especially when it came to trans students—were very wishy-washy,” Morales said.

Morales says that, if they even addressed trans students at all, their admissions policy only acknowledged binary trans students, making them question whether their identity as someone who didn’t fit into the binary would be supported.

However, all three students expressed difficulties they faced as trans men on this historically women’s campus.

“Most of the people I interact with are fine [with pronouns]; a lot of people avoid it. People definitely use incorrectly gendered language around me, but don’t directly misgender me,” Gilbert said. “I have been misgendered in class and stuff a lot by professors and classmates too, and I’m bad on calling people out about it. I do feel slightly more comfortable calling people out on it here, just because there’s people around who I know would have my back. It’s interesting because [on-campus] it’s better in a lot of ways to being outside of Mills and in public and being read as a woman, but it’s still not great.”

Cuevas said that he regularly hears groups at Mills referred to universally as “ladies,” which makes him uncomfortable; this is especially common with alums. He also had heard similar words used to refer to the students of Mills as a historically women’s college, erasing the gender non-conforming students who came before him. However, he said that “it doesn’t irk me as much as it did before.”

Although he has never been told that he was not wanted on-campus, Cuevas described how it can be hard to hear sentiments denigrating all men. He said he has heard statements like “Fuck men. Men are gross, men are pigs.”

This generalization can sting, and bring up questions of exactly who is included in the men they speak of in front of him.

“Am I not valid because I’m not biologically male?” Cuevas asked. “Is this applicable to me or not?”

One of Cuevas’ major struggles at this point in his transition is bathrooms and locker rooms, where he gets stares in both male and female restrooms; gender neutral restrooms are not always an option.

Each student had different ideas of how the Mills experience could be improved for trans people. Many ideas centered around having more support, whether through more sensitivity training for faculty and staff, more trans-related resources at the Vera Health Clinic on-campus, or more opportunities for community-building and finding one another.

There was also the issue of Mills’ current transgender admission policy; in particular, the statement that “students assigned to the female sex at birth who have undergone a legal change of gender to male prior to the point of application are not eligible for admission.” Cuevas and Gilbert had concerns about this policy.

“I feel like if they took out that part it would make a huge difference,” Cuevas said. “I feel like it would make a difference as to Mills statement of how inclusive and LGBTQ friendly they are, because that’s the vibe they give off. Here’s a space where people can be who they want to be and present themselves the way they want to be, so why not just take off [the line about those who are legally male] and let non-binary, gender non-conforming, trans-masc, and those further in their transition in without having to put in so many obstacles.”

Gilbert felt similarly to Cuevas, noting that the focus on legality suggests that those who are have not changed their legal gender to male are “less trans.”

“I think that if they’re going to let trans men in who haven’t changed their gender marker then they should allow trans men that have changed their gender marker,” Gilbert said. “They should just open it up as a women and trans-people space if that’s what they’re going to be, and it’s gross that they don’t just commit to that.”

While there are many cases for why Mills has more growth to do to become a truly trans-friendly space, Morales, Gilbert and Cuevas all said that they appreciated the community of transgender and gender non-conforming people here. As of this semester, a group of students created the Trans and Gender Non-Conforming Alliance Club (TGNC). They meet every Wednesday from 7 to 8 p.m. in the LGBTQIA+ Lounge.

Trans men at Mills are often questioned as to why they would attend a historically women’s college, but Morales says that the easiest way to explain is actually the simplest.

“It felt like a place I could call home. I think that’s when people start to get it,” Morales said. “When you say it feels like home.”