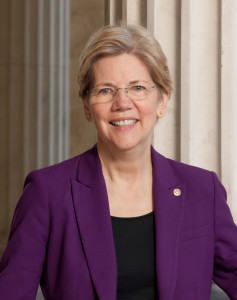 In response to a challenge from President Trump to prove her Native American ancestry through a DNA test, Senator Elizabeth Warren released results earlier this week—sparking debate about appropriation and the politics of Indigenous sovereignty.

In the same week, the Supreme Court declined to overturn North Dakota’s voter I.D. law, which requires residents to show identification with a street address. The requirement severely impacts Indigenous voter participation, as many Native American reservations do not use physical street addresses.

This constellation of news stories is indicative of U.S. settler colonial politics and ongoing efforts to erase, assimilate and appropriate Indigenous voices and livelihoods. To start this conversation, it’s necessary to center Native American voices and look at the politics around DNA tests and tribal ancestry.

Kim Tallbear, a Sisseton Wahpeton Oyate professor at the University of Alberta who specializes in racial politics in science, released a statement via Twitter on Warren’s DNA test.

“This shows that [Warren] focuses on and actually privileges DNA company definitions in this debate, which are ultimately settler-colonial definitions of who is indigenous. As scholars of race have shown, it is one of the privileges of whiteness to define and control everyone else’s identity,” Tallbear wrote.

Tallbear also stated that Warren continues to defend her claims of Cherokee ancestry despite refusing to meet with the Cherokee nation, which has challenged her claims. The terms of Warren’s claim to Native identity—which she posed as legitimized by a DNA test and released publicly in a move to goad the president—deny the sovereignty of the Cherokee nation as a distinct political entity which has been silenced in this conversation.

Furthermore, Warren’s claim to Native heritage is part of a celebrity politics game that does absolutely nothing to actually advance the political visibility and rights of Native people. We must remember that this whole conversation is situated between two U.S. politicians of the settler colonial state, which continues draw power from the occupation of Indigenous nations.

How is this political ploy a distraction from the violence against Indigenous peoples?

Gyasi Ross, a Blackfeet author, attorney and rapper wrote “Native women are running [for office] in historic numbers and doing historic things in this particular 2018 election—Sherise Davis in Kansas, Deb Halland in New Mexico, Paulette Jordan running for the governor of Idaho—yet with all of these Native women’s stories, [Elizabeth Warren] wants to center this Indian narrative, this Native narrative, in politics around HER, as opposed to going out campaigning for them two weeks in advance of the 2018 elections.”

Furthermore, Indigenous identity is not determined through genetics. The blood quantum method, a Western imposed system of measuring how ‘native’ a person is, was imposed on tribes as a way to quantify who ‘belongs’ and is eligible to apply for tribal status as recognized by the federal government.

“Who we are—the languages we speak, the traditions we practice, our broader cultures—inform our identities far more than DNA. Culture is not the same as a few genetic biomarkers, especially when those markers have statistical commonality to indigenous people with vastly different histories than Native Americans of the U.S., “Krystal Tsosie, a member of the Navajo nation, wrote an article in The Atlantic in response to the news.

What does it mean for two white politicians to use Indigenous identity as a point of contention without actually engaging with Indigenous nations or prioritizing their needs?

As Tallbear explained on Twitter, “…Non-Indigenous Americans will never stop making claims to all things Indigenous: bones, blood, land, waters, and identities. The U.S. continues to appropriate every last thing.”