Staff Editorial: Fyre Festival turns up the heat for influencers 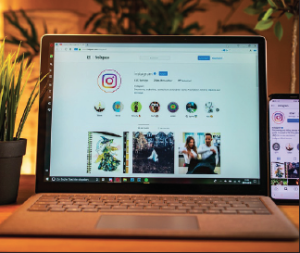 Fyre Festival, the subject of two new documentaries on Netflix and Hulu, was a failed festival in the Bahamas that blew up on Instagram based on posts from models and influencers alone.

A social media influencer is a person with a large number of followers whom brands pay to sponsor their products. Now, these models and influencers are being blamed by festival-goers for fooling them and endorsing the event without disclosing that they were being paid for their Instagram posts.

While major influencers like Kendall Jenner and Bella Hadid should have a responsibility to disclose when their posts are advertisements, the influencers involved in the advertising of Fyre Festival were also fooled by the creator of the festival, Billy McFarland. Instead of blaming the people that promoted the festival without knowledge of how it was set up to fail, the blame should be placed on the people running the festival that knew about the major design flaws.

One of the most noteworthy takeaways from the Fyre Festival is the ability to sell a (very expensive) product solely using Instagram and its influencers. While most influencers aren’t encouraging their followers to buy $1,500 tickets to a festival that won’t happen, many are endorsing unhealthy products such as laxative teas. Marketed as weight loss and wellness products, teas like Flat Tummy Tea are dangerous and the promotion of them as detoxes is misleading. The impact that social media influencers had on Fyre Festival raises the question of whether or not influencers should be required to disclose when they are paid to post about products.

The landscape of advertising is rapidly changing as our smartphones curate ads based on our Google searches and what they record us saying when we sometimes don’t even realize they’re listening. Advertising is getting more personal, and using the people we look up to and follow on social media to advertise products makes it even more so. Along with making advertisements more personal, they’re also becoming more humanized through the use of influencers.

We follow influencers and celebrities on social media because we look up to them, and seeing them scattered throughout our feed makes us feel like they’re one of our friends. So when we see one of them talking about a product they supposedly swear by, we don’t feel annoyed like we often do when interrupted by advertisements. This trust of and thirst for the opinions and advice from those we look up to makes us susceptible to these marketing schemes, especially when the post isn’t marked as a paid sponsorship or advertising. While sponsored posts in the United Kingdom are required to have “#ad” in the caption, the United States has a different culture of advertising where not labeling sponsored posts is more widely accepted.

When the young age group present on social media is taken into account, this marketing strategy becomes especially problematic. As younger and younger kids are joining social media apps like Instagram, corporations are expanding the market by using the people they trust and look up to. Preteens and teenagers are the most vulnerable to advertisements, which can be damaging when influencers are posting about laxative weight loss teas.