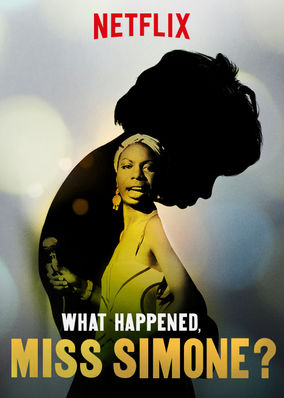 “What Happened, Miss Simone?” is a powerful film directed by Liz Garbus that follows Nina Simone’s story from her years as a child prodigy in North Carolina, through activism in the Civil Rights Movement and into the last years of her life.

Nina Simone’s musical story begins with her playing piano at four-years-old. During her childhood, the audience watches footage and listens to the recounts of young Nina practicing seven to eight hours a day. As she grew and her classical training continued, being the first classical pianist who was a Black woman became her goal. But as a young woman, she found herself on a detour, playing “devil’s music” (jazz) in a bar in Philadelphia.

Gaining popularity with her untrained yet exceedingly distinct voice, and bringing a classical discipline into the flowing form of jazz, her name was already notable by the time her destructive but lucrative marriage to Andy Stroud began in 1961. Her career changed again after Sept. 15, 1963. The Birmingham church bombing prompted Miss Simone to write “Mississippi Goddam.” While many were validated by a star who sang what they all wanted to say, the backlash was swift. As the high tide of the Civil Rights Movement rose, Simone’s emotionally charged and politically fearless music drove on.

Through restless flashbacks of live footage, photos of overworked brilliance, and journal entries of violent spousal abuse, Simone’s story is layered in complex intensity. Simone posed the question: “How can you be an artist and not reflect the times?” In her own words, it was her job to make Black people “more curious about where they came from and their own identity and pride in their own identity.” This direction placed her into a national community of leaders, artists, poets and actors from Martin Luther King, Jr., Malcolm X,  James Baldwin, Langston Hughes, to Stokely Carmichael and more. Even her closest friend was playwright Lorianne Harsbury, while Betty Shabazz was a friend and neighbor.

The sheer genius of her inner circle, such concentration of brilliance and talent, created highs of joyous affirmation but lows of astounding grief and overwhelming pressure. This documentary features clips of famous performances with sound to render one speechless. Simone aimed to make the audience feel with her through her music, to receive and experience what she called “emotional messages.” With dedicated interviews and vivid imagery, this film moves audiences to feel, tremendously.

In respect of Black History Month, other recommended movies on Netflix Instant are “I Will Follow” (2010), and “Half of a Yellow Sun” (2013) based on the acclaimed novel of the same name by Chimamanda Ngozi Adichie.