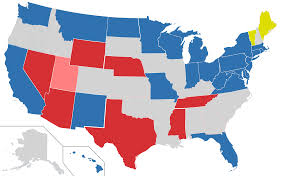 On Thursday, Oct. 8, a discussion surrounding the results of the midterm elections was moderated by the Center of Transformative Action (CTA) Community Ambassador and professor Larry Magid.

The purpose of the discussion was to review the results of the election and discuss what impact it will have on the future. Located in the Graduate School of Business, a small group of students and local citizens within the Oakland community gathered for an intimate discussion.

Magid covered many large points of this year’s midterms. He began by describing the event as “historic” and explaining some of the positive strides made by the Democratic party. They have solidified a majority of seats in the House of Representatives, which will enable Democrats to have a leveraging power within a previously Republican majority.

All fiscal spending proposals must go through the House of Representatives, so they have a great responsibility and newly gained opportunity to create progressive change in U.S. investment. They can also subpoena people in Congress for financial offenses which Magid hinted could be beneficial in indicting high figures in Congress.

On the other hand, Republicans gained more seats in the Senate; Magid addressed this concern by sharing that it would be less impactful because there wasn’t a major change in control like in the House, emphasizing the importance of who controls the state houses. He then offered an explanation to Republican’s prior success in this Chamber of Congress.

“About 25 years ago, a number of…strategists figured out that if the Republicans were able to take control of state houses, in states around the country, that they would be in charge of rewriting the congressional districts after the census and, as a result, places like North Carolina—to pick one for example—which has more registered Democrats than registered Republicans…but two-thirds of the house seats are held by Republicans,” said Magid.

When the head of the Republican party was asked about this imbalance he simply praised it. Magid shared how state governors play an important role in national policy and can make a huge impact, including local governors. He speculated that if state governors worked together they could make a significant positive impact on Congress and the White House.

Further progressive strides were discussed during the recap, those being the historic firsts that were made primarily by women. He singled out Kansas, “a reliably red state for many, many years,” that elected Democrat Laura Kelly as governor, as well as a house seat for Shaurice Davis, an openly gay, Native American woman. Together with Deb Haaland, they were the first Native American women elected to Congress. The results of this were so profound that conservative commentator Ann Coulter tweeted “Kansas is dead to me.”

Magid continued the discussion by reviewing some disappointments for the Democratic party. He highlighted the losses in the race for governor in Georgia and Texas, and the Senate and House race in Florida.

“Stacey Abrams threw an incredible campaign. She should not feel ashamed,” said Magid when discussing the governor race in Georgia between former Secretary of State Brian Kemp and Stacey Abrams.

As Kemp has declared victory, Abrams has not yet conceded and is looking forward to a runoff election. In light of the results, Kemp resigned from his position as secretary of state to focus on the transition process. He held the position during the race and was heavily accused of voter suppression in the midterm election and had been accused before since his election into office in 2010.

Magid explained how all elections are run at state and local levels, therefore the rules for voting and conduct of poll booths vary tremendously by state. While most poll booths in California close by 8 p.m. this year Nevada poll booths were open until 10 p.m. The person who is in charge of state elections is typically the secretary of state or a partisan official. Instances of voter suppression have been present before with other secretaries of state.

Florida has recently enfranchised many of their voters, specifically those who were ineligible because of their felon status. In many states, ex-felons are not allowed to vote.

Towards the end of the discussion Magid reviewed some of the ballot measures that the audience had questions about. Most noted was Proposition 10 for rent control and how some felt the wording explaining the measure was confusing.

“Prop 10 was to repeal Costa-Hawkins. I didn’t know how I was going to vote on that measure until election day because I hadn’t done the research but just hearing people talk about it I was very confused about [what] a no vote would mean… [if] that rent control would disappear.” said Tenaya Storm, a senior undergraduate at Mills.

To complete her ballot she used Calmatters, a news source that provided a midterm election guide. The site has an interactive guide that calculates what a person should vote for based on their opinions from answers to questions. Storm watched one-minute informational videos about each of the measures that helped her make an educated vote. Without the video or guide, she said she would have had a harder time casting a vote.

Update: on Nov. 16, Stacey Abrams withdrew from the recount for the Georgia gubanatorial election. She plans to file a lawsuit to enact major election law reform in the state.