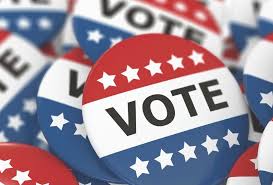 On Oct. 3, Mills College held an Oakland City Council debate, hosted by President Hillman, with the five local candidates running to represent District 6: Marlo Rodriguez, Natasha Middleton, Loren Taylor, Mya Whitaker and incumbent Desley Brooks. Minutes leading up to the debate, the Gathering room filled quickly and the candidates sat at the front of the room waiting for the debate to begin.

Not seated was Marlo Rodriguez, a first generation Filipino candidate, who was shaking hands and interacting with the audience. She discussed with a group of Mills students her passion for encouraging people to vote and asked them if they knew how low the voter turnout was last year.

Mills students represented a large portion of the debate audience. The candidates made several points about their priorities towards homelessness, affordable housing, health, public safety and what their plans were to improve the well-being of those who live in Oakland. Yet, there was not much talk of how  the audience, primarily students, could get involved. The topic of educating young people and underserved communities about the voting process and government elections was not discussed.

Mills has a community that encourages political engagement, but it can also be said that there are many students who don’t know how to get involved or how the voting process works. The 2014 midterm revealed a historically low voter turnout where younger generations accounted for over half of eligible voters and voted significantly less than the Boomer and older generations. According to Brookings, millennial voters represented close to 50 percent in the Presidential election and represented a diverse group along race, class, and education in 2016.This group, aged, 18–29, is reflected amongst most of the student population at Mills yet there are students on campus who have not received any information about voter registration. According to the Pew Research center, millennials contribute to a large majority of adults who are eligible to vote, yet they still are the demographic less likely to vote in midterm elections.

“Young people are informed heavily about social issues because of media exposure, but I think generally there is much less knowledge about the process of voting or even the functions of our government [and] how it all works,” said Gwenn Jergens, a Mills sophomore. Overall, she feels that the college has a sense of political awareness and most social issues are agreed upon.

On-campus, there is a national organization with a student chapter at Mills called Ignite, a program that aims to build political engagement and ambition amongst women. Ignite has held a voter registration booth in front of the Mills Tea Shop. Dylyn Turner-Keener, a Mills sophomore, has been helping to run the Ignite booth.  She is interested in running for congress and is passionate in women’s leadership. Her encouragement for people to vote stems from her knowledge of the age groups of people in Congress. She is concerned about the “dated perspective” of the older generations in power making decisions for the current generation that is trying to progress and promote equity.

“Since working the voting registration table…I am finding that it’s kind of a hit or miss with students,” said Turner-Keener, “I would say there are a good portion of Mills students on campus who know about voter registration and about who can vote and who can’t vote, but I will also make the argument that some students for example, don’t know how to sign up to register for voting and I think that that is okay however, I think it’s important for those questions to be asked.”

Turner-Keener shares similar expressions as Jergens, finding Mills to be a politically conscious campus yet there is a lack of information on how to participate in government elections and the policies being debated. She believes a way for Mills to spread this knowledge is to incorporate lessons on voting in the People’s major curriculum and setting up more registration booths, therefore placing more emphasis on voting.

While Mills incorporates the importance of social justice and women’s leadership, not all students feel they receive the tools and resources to actually try and make a difference.

Turner-Keener is planning on running another voter registration booth with the Mills Ignite chapter in the near future. Their meetings are Fridays from 6:30–7:30 p.m. in White Hall Room 1006.

Published in Front Page and News