FLICKR| Students rally in response to the 2016 presidential elections 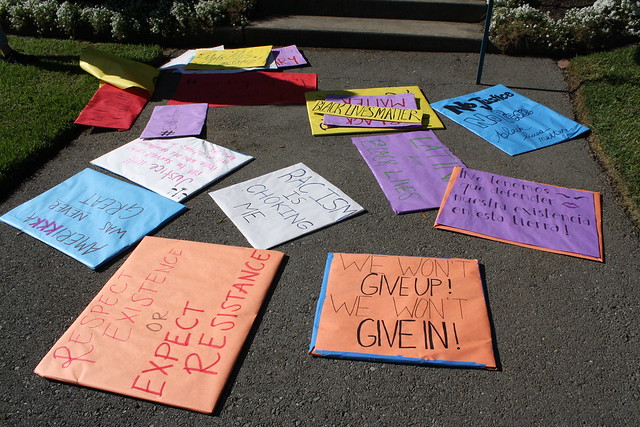 In response to Donald Trump being announced as president elect in the 2016 elections, Mills College students organized a rally. On November 16, the Uníon Salvadoreña de Estudiantes Universitarios (UESU) and the Latinx Student Collective (LSC) brought together community members to march around campus with chants, posters and the demand for Mills to become a Sanctuary School. There are currently letters circulating campus by various people demanding that Mills be declared a sanctuary school and not comply with raids of any kind.

Alexina Estrada is the current Online Editor for The Campanil. She was previously the Asst. Online Editor and has been on staff since Fall 2013. Contact her at estrada@thecampanil.com.