FLICKR|Protest in Oakland after Trump’s election

After Donald Trump was announced as the president elect after the 2016 presidential election, people went to protest on the streets of Oakland. People protested white supremacy and everything that Trump’s win was based on. Dani Toriumi was at the protest to take pictures. 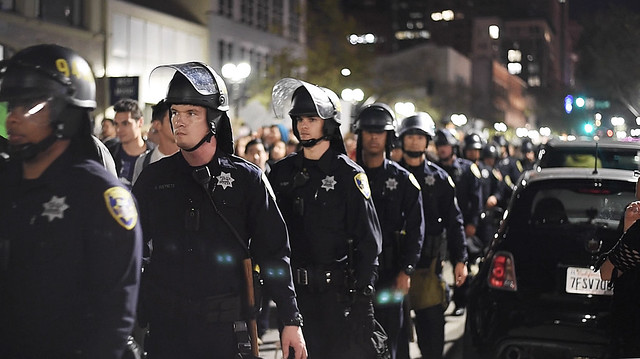 Published in Multimedia and Photos

Dani Toriumi is one of the Co-Design Editors for The Campanil. She has been part of staff since Spring 2016. Contact her at toriumi@thecampanil.com.