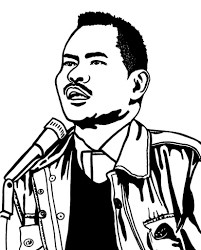 The book launch for the first Filipina/o American illustrated children’s history book was held in the San Francisco Museum of Modern Art on Oct. 27.

“Journey for Justice: The Life of Larry Itliong” is written by Dawn Bohulano Mabalon and Gayle Romasanta and illustrated by Andre Sibayan. The story is about the life of Larry Itliong, a Filipino American farm worker who organized around farm worker’s rights. Itliong co-founded the Filipino Farm Labor Union in Stockton, California and became a leader in the United Farm Workers of America (UFW) with Dolores Huerta and Cesar Chavez.

According to the Eventbrite page, the event was planned to start off with a Q&A with Dr. Allyson Tintiangco-Cubales, a Professor in San Fransisco State University’s Asian American Studies Department, Romasanta, and Sibayan, followed with refreshments, community performances, reading and ending with book sales and signing.

The Filipino American Center of the San Francisco Public Library and Bridge + Delta Publishing, Romasanta’s publishing house, hosted and presented the event. While the launch was to celebrate the release of the book, it also was in commemoration of Mabalon, a prominent Filipino American historian who passed away unexpectedly this August. This book is Mabalon’s last book.

This is the first book in a planned eight book series, all written about Filipino American figures and leaders. According to an interview with the Asian American Writer’s Workshop (AAWW), Romasanta wants to feature Filipino American history and leaders, four men and four women. Some of the people projected to be featured in the series according to an article by the organization Positively Filipino include Vicki Manalo Draves, an Olympic diver, and Carlos Bulosan, a poet and novelist.

“When you [Romasanta] called me and you said you wanted to do something like this, I was in a place where I had been frustrated with the pace of where my academic Larry Itliong book was going,” Mabalon said in the AAWW interview. “I realized that working on a children’s book would be a really great way to get the research I’ve already done out to our youth. I mean, they’re not getting any younger.”

Romasanta previously wrote the Tagalog-English children’s book “Beautiful Eyes” which has been incorporated by the San Francisco Unified School District as curriculum for the Filipino English-language program at three elementary schools according to the AAWW. Sibayan, Bay Area based artist, has almost twenty years of professional experience as an illustrator and designer.

On their Indiegogo fundraising campaign page, Romasanta broke down what the funds will go towards, like research and printing costs, but Romasanta also stated that the campaign would donate five percent of the funds to two nonprofits, the Filipino American National Historical Society and the Little Manila Rising organization, which Mabalon co-founded. Of the $35,000 flexible goal, the campaign raised 116 percent of the goal, or over $40,000.

Romasanta and Mabalon both expressed the urgency they felt to have representation in children books in the interview with the AAWW.

“We need to get these books to them at an earlier age. I have been looking for books like these for my kids, and I’ve got a brood of four,” Romasanta said.

She explained that after she had written “Beautiful Eyes,” it took about a decade for the book to be picked up by publishers.

“My children’s book “Beautiful Eyes” is bilingual, English-Tagalog, and is about loving yourself and your body parts. ‘I have a beautiful nose, I have beautiful eyes.’ I had sent the book to publishers, but no one wanted to pick it up,” Romasanta said. “It was sitting there for about a decade until the writer and publisher Eileen [Tabios] saved the day.”

After that, Romasanta said her view changed.

“After seeing how that happened, how it’s possible to just create your own books and publish them, I realized we can’t wait anymore, because no one else is going to do it, and if they do, they might leave us out of the story again,” Romasanta said.

Mabalon agreed, citing their personal histories of growing up in Stockton, California, also sometimes called Little Manila, as an added layer of depth for the story.

“If there’s anything that the last 20 years of our collaborations—of the work we’ve been involved in, separately and together—has taught us, it’s that our stories deserve to be told,” Mabalon said. “And who better than us to tell them? I think it’s really special that the two of us are daughters of Stockton, and the daughters, nieces, and granddaughters of farmworkers.”

In the article by the organization Positively Filipino, the staff encouraged their readership to donate to the Indiegogo for the book.

According to National Public Radio (NPR), as of 2016 only 22 percent of children’s books feature a person of color. Journey for Justice is available on the Bridge + Delta website for $16.99.

“I created this publishing house called Bridge + Delta so that we have the platform, and one arm of the publishing house is strictly devoted to our history. Our plan is to put them in educators’ hands, to put them in school districts’ hands, and we’re going to distribute them throughout California and throughout the country so our voice is out there,” Romasanta said. “Our stories cannot be ignored.”