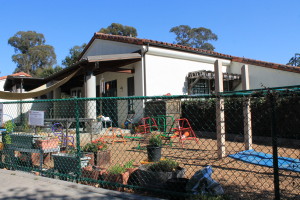 Scholarships and financial aid are part of the plan to help build a path to higher education and increase graduation rates. To gather funding, the measure proposes a $198 annual parcel tax for 30 years, estimated to raise $30,000,000 to aid 10,000 children each year.

“[This is] an opportunity to change the lives of low-income families here in Oakland for the next 30 years,” Shuwaski Young, Measure AA Campaign Manager, said. “Measure AA is a piece of legislation that dramatically expands access to quality and formal preschool for every Oakland four year old in our area from a low-income background.”

“We have about 20–25 percent of the children growing up in poverty, ” Diane Ketelle, Professor of Education Leadership and Dean at the School of Education at Mills, said. “That’s generally an indicator that they may not have access to high quality schooling either before preschool or moving forward.”

Access to early education is crucial to breaking the cycle of poverty.

“All of us benefit when education is something that everyone can equitably access,” Michael George, Measure AA Deputy Campaign Manager, said.

In addition to preschool education, the ballot measure also includes funding to assist Oakland youth during K-12 education. This is designed to support families and their children overcome poverty by creating the incentives and opportunities that would encourage children to continue through to college.

“If you think about a pipeline, here’s the student starting as toddlers and we want to see them get all the way up here until they get a B.A. or an M.A. or a PhD,” said Ketelle. “So this is a pipeline from Pre-K, and they’ve linked it to college education. So they’ve really thinking about education as a pipeline.”

The parcel tax has been criticized as an intense investment for Oakland voters and homeowners to pay even though they do not know where the money is going to.

“Every election there [are] new elections asking for more money, always providing emotional arguments and always saying the money is needed,” said a local homeowner on the Official Election Site of Alameda County. “Of the endorsers of Measure AA, the majority are not Oakland residents and will not have to pay this tax.”

Mills College, as a nonprofit organization, is careful about political endorsements, and does not tend to make them, according to sources within the school’s administration. Ketelle shared that Mills has ongoing input into the quality of practice at a state and local level. There are faculty and alum that are active in all kinds of policy initiatives. In addition to Mills, Peralta Community College District, which operates four community colleges in Alameda County, has also endorsed Measure AA.

“I think that educating young children is bipartisan,” said Ketelle. “Who could be against little children getting a great education? So it doesn’t seem very contentious to me.”

Mackenzie MortonBoone, masters of public policy student at Mills, did an analysis of Measure AA.

“Most people I talked to [about Measure AA] were college students, not homeowners. Why should they care about it? Why should they they vote at all?” said MortonBoone. “I think that Mills students should vote on it…What the measure is targeting is significant for the community and it has a significant impact on the overall health of the community and even if they’re not a homeowner, on the other side, if they’re renting they should understand that maybe these costs will be passed down to them from their landlord that it might be incorporated into their rents.  So they should still understand that.”

Ketelle similarly stressed the importance of voting in the midterm election. “I hope that Mills students might agree with us and really consider the early experiences of small children and how those early experiences can shape their entire life,” said Ketelle. “This isn’t a measure just for people who own homes. Everyone has a vote and everyone’s vote counts equally.”

Published in Front Page and News