Emily Mibach is the Editor in Chief of The Campanil, starting Fall 2015. Former Managing Editor and Arts & Entertainment Editor. Email them at mibach@thecampanil.com. Tweet at them @emmibach.

What is the deal with the M Center?

Wonder whats up with the M Center? Yeah, so does Editor-in-Chief Emily Mibach. 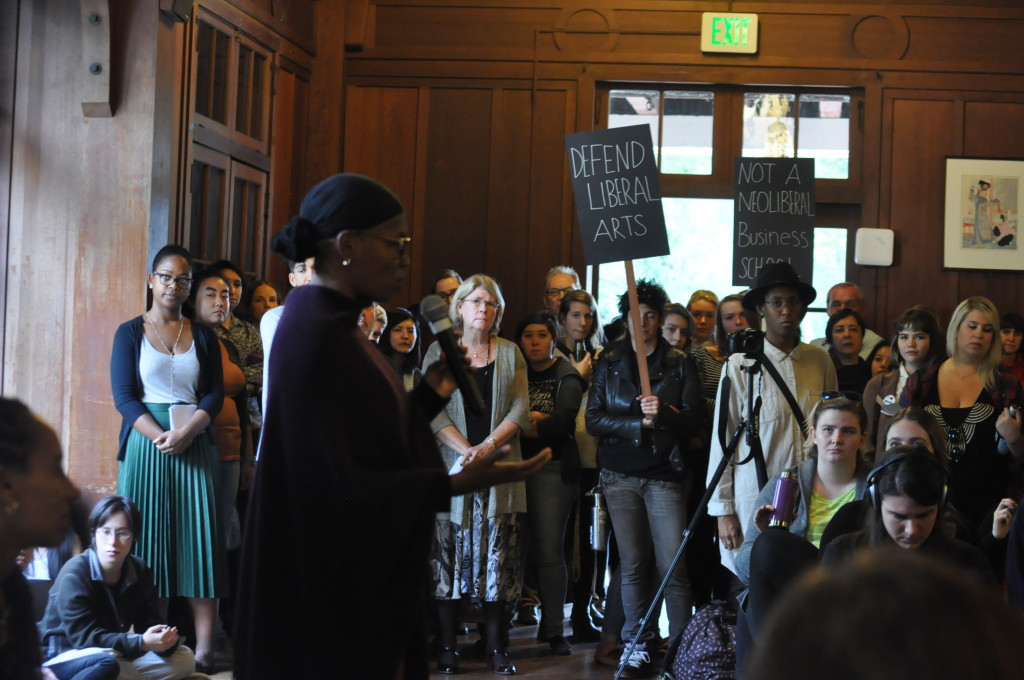 On Nov. 17, The Campanil sat down with Sabrina Zirkel, President Alecia DeCoudreaux, Kathleen Burke and Sharon Washington to address some questions.

This Storify recaps what happened at the second student forum on the curriculum changes.

Here is a vegan mashed potatoes recipe to try out before Thanksgiving arrives.

This side bar shows current and new general education requirements which are part of the curriculum changes.

The Board of Trustees voted to lower the amount of money being taken out of Mills College’s endowment.

Faculty have put together an alternate proposal letter which was sent out to the Mills community. Students have also drafted the Blue and Gold Paper.